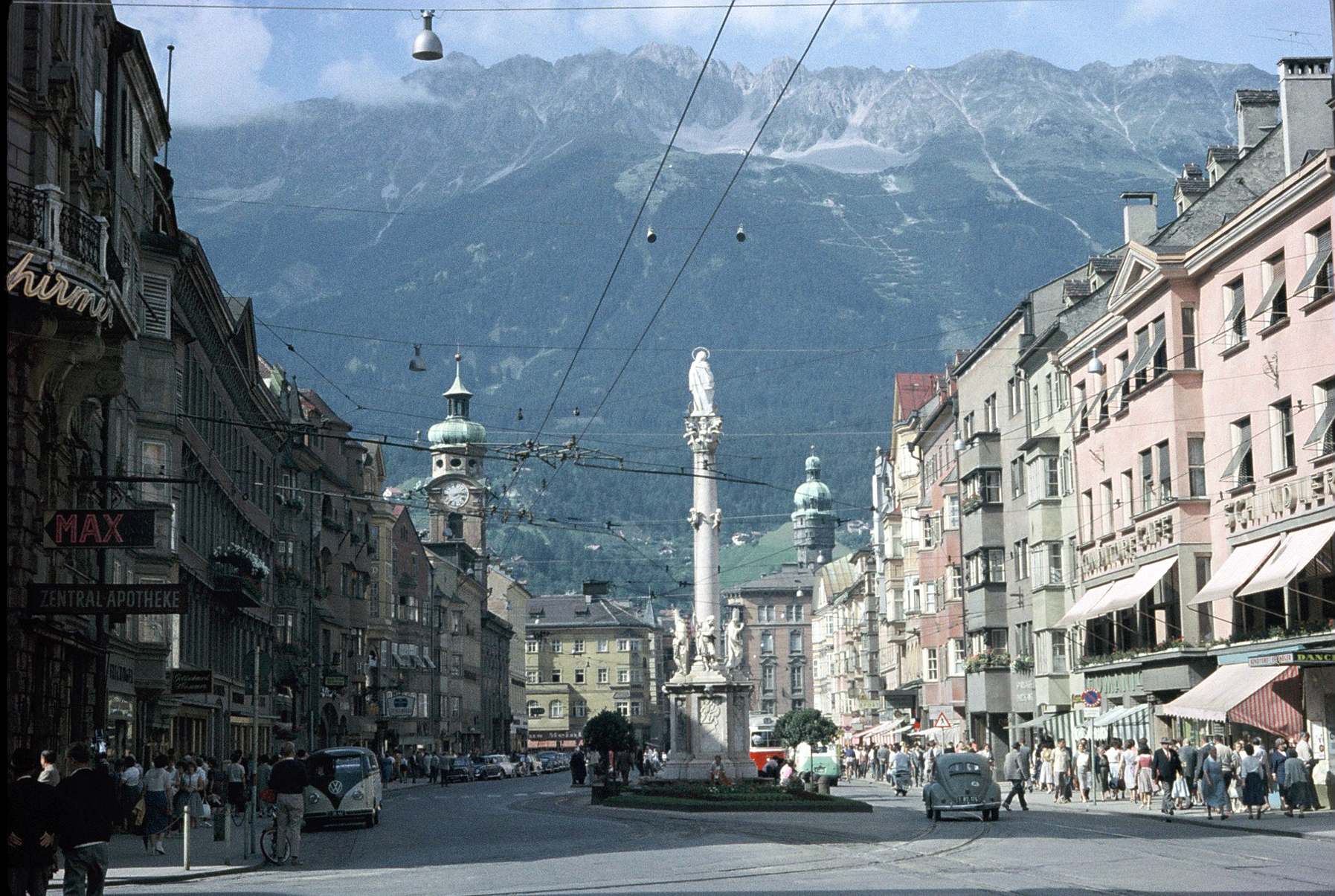 If so, try to get the best in town at Schindler’s Café. It was recently awarded a Gold medal in Vienna.
No, wait, that was decades ago and you might be too late for the bite.

While it is mother’s day in Austria today, I recommend a new book to all our readers, written by a woman (and mother of three) who decided to come clean with her own complicated daugther-father relationship – by writing a book of 400 pages about the even more complex family history. It is the story of a jewish family that came to Innsbruck, distilled Schnapps in the Andreas-Hofer-Straße in the first generation and served the greatest of apple strudels in the Maria-Theresien-Straße in the second generation. After 1938, the Schindlers were looted, robbed, beaten and persecuted like literally all jewish families of Innsbruck. Hugo Schindler, who ran the café with his brother Erich, was the grandfather of Meriel Schindler, a London-based lawyer who herself has a long story with Innsbruck, where she completed school studies at the Ursulinen. While on one of her multiple research trips to Innsbruck, Meriel Schindler helped us a great deal two years ago when she agreed to record multiple hours of English texts on the pogrom night in the Freirad studios. The results can be heard on the website https://pogrom-erinnern.at – before she started re-writing the text on her own family, she recorded a short intro about her motivation to help us:

Over the last years, Meriel Schindler visited the city archives many times. She started her research by typing „Café Schindler“ into our photo database and, according to her book, was surprised how much information there was. Many pictures were used in the book, and the Innsbruck city senate, the Stadtsenat, took a unanimous decision to let Meriel use the photos without a fee as a late sign of respect for the family and regret for the part the city of Innsbruck played in the years after 1938.

This is not a book review (multiple historians and city employees are now friends with the author and lack any professional distance), it is simply a recommendation. It is a new type of book. There ist no other family history recount written by a second or third generation shoah survivor on a jewish family of Innsbruck. While dealing with a huge amount of family documents, literature and archival material, It is written in a very clear and straight language. If you can read these lines, you can also read the book in its original edition. It was just released three days ago. I am sure you can order it at your local bookstore.

Or just wait for the German translation. It is announced for October this year.